It wasn’t only defendants who suffered wrongfully 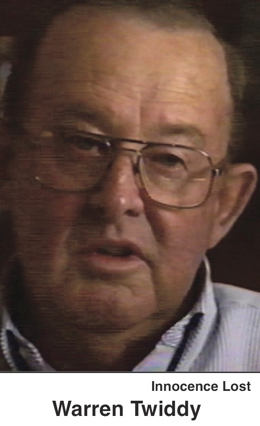 “Warren Twiddy, 68, father of defendant Betsy Kelly, said he’s been ‘shunned, blocked out’ by some residents and nearly run out of his church.”

“Twiddy sold his insurance business and exhausted his retirement savings to pay his daughter’s legal fees. Old friends, he says, won’t even say hello on the street. Clients canceled policies after his daughter was indicted.”

“Twiddy admits… some bitterness toward his neighbors, who ignored him at church and at the country club.

“ ‘Before, the bulletin board was full with places we were supposed to be up ’til Christmas,’ he said. ‘After this, nothing, buddy.’ ”

“Our need to matter and our need to belong are as fundamental as our need to eat and breathe. Therefore ostracism – rejection, silence, exclusion – is one of the most powerful punishments that one person can inflict on another.

“Brain scans have shown that this rejection is actually experienced as physical pain, and that this pain is experienced whether those that reject us are close friends or family or total strangers, and whether the act is overt exclusion or merely looking away….”

– From a delanceyplace.com summary of “The Pain of Exclusion” by Kipling D. Williams in Scientific American (January/February 2011)

The misery caused by wrongful prosecution of the Little Rascals case extended far beyond courtrooms and jail cells. Defendants’ family members such as Betsy Kelly’s father endured many years in a hell of ostracism.