In search of justified public panics…. 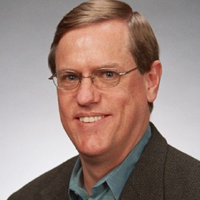 “I was thinking about recent public panics and started listing a few of them in my mind. This is just off the top of my head:

“I’m not saying that none of these were justified. Big oil spills are no joke. Ebola was certainly a big deal in Africa. The financial collapse of 2008 wasn’t mere panic.

“And yet, generally speaking it seems as if public panics are either completely unjustified or else wildly overwrought. Am I missing any recent examples where there was a huge panic and it turned out to be wholly justified? HIV would have been justified in the early ’80s, but of course we famously didn’t panic over that — other than to worry about getting AIDS from toilet seats. Help me out here….”

"How could the mental health profession have had such a catastrophic misadventure?"
And to have been so eager to forget it? ... See MoreSee Less

Opinion | The Forgotten Lessons of the Recovered Memory Movement

A deep understanding of how cultural trends and psychology interact is more important than ever.
View Comments

ALEXI MOSTROUS: The school seemed a cosy home-from-home, perfect for nurturing young children. But, bizarrely, it was to become the centre of a sinister conspiracy theory.
View Comments