View from inmate: DAs build ‘careers on the backs of us innocent prisoners’ 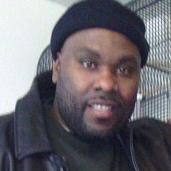 “Sometimes prosecutors withhold exculpatory evidence of a defendant’s innocence, and don’t turn it over until they are forced to. Take a look at the exonerations reported in recent years and you will see a pattern of prosecutors continuing to fight against our release even when our innocence is uncovered. Many innocent prisoners have been buried alive in these prisons by this kind of corruption….

“How do the culprits sleep at night? Well, to be honest, these people have no consciences. It’s like any other day at the job for them. Some have built their careers on the backs of us innocent prisoners, and now they sit in high places.

Johnson had served 16 1/2 years of a life-without-parole sentence when in 2012 the Third Circuit Federal Court of Appeals found insufficient evidence for his conviction. He remained free for four months, after which the U.S. Supreme Court unanimously reinstated the conviction and ordered him back to a Pennsylvania prison. He continues to seek a new trial.