Bob Kelly: ‘I had nothing to be ashamed of’

In 1989 Bob Kelly was charged with 100 counts of child molestation.

In 1992 he was convicted and sentenced to 12 consecutive life sentences. 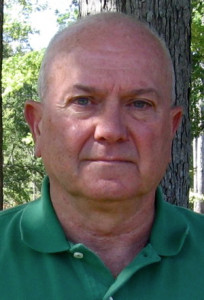 In 1995 his conviction was overturned and he was released from Central Prison.

“It was the best six years of my life,” he says of his time behind bars, “because it set me up for the rest of my life.”

When he walked out, Kelly was a man who had determined “never to feel ashamed, because I had nothing to be ashamed of.”

Today, remarried and retired at 63, he lives in a tidy suburban house just outside Sanford.

Perhaps the anger he still feels toward those who conspired to imprison him has been compartmentalized.

His attention goes to gardening (“500 pounds of tomatoes this year”), writing and visiting inmates, carving walking sticks out of old Christmas tree trunks, playing Sudoku, hitting golf balls and reading only those Westerns in which “the good guy always wins in the end.”

And he still cooks and cans the spaghetti sauce he once served every Friday at the Little Rascals Day Care Center.

“Freedom don’t ever get old,” he says.