‘I was aware of the possibility of childish fantasy….’ 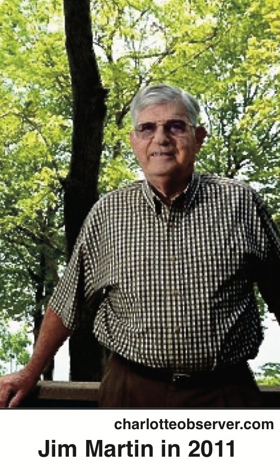 “….  As you might imagine, I had not had reason to think about the Little Rascals case until your email arrived.  Yes, I was very interested in the case at the time, but had no role or authority to intervene. (See governor’s 1991 response to letter writers.) The arrests and charges were highly publicized, as were the proceedings of the trial, upon which the two accused were convicted.  So, like most citizens, I felt a compulsion to follow the case, at least insofar as the news coverage.

“My recollection is that both the horrible accusations and the contrary indications of coached and imaginative testimony of the children were featured in the coverage….   Being very familiar with Arthur Miller’s brilliant drama, ‘The Crucible,’ I was aware of the possibility of childish fantasy passing as falsely condemning testimony.  From a distance, most readers probably shared the concern, ‘What if it were true?’

“I do not recall whether the defense attorneys contacted my office in an appeal for clemency in 1991-1992.  Had they done so, they would have been advised that my practice was to let the appellate courts complete their judicial review before considering clemency.  This was complete in 1995 when the NC Supreme Court declined to review the finding by the Court of Appeals of trial error, at which time there would be no cause for Governor Hunt to intervene.  I have great respect for the judgment and integrity of then Chief Justice Burleigh Mitchell, and that would settle the legal principles of the matter for me.

“I can only wonder what conclusion I might have reached had the appeal for clemency been properly before me.  My approach in such cases was to meet separately with advocates on both sides, without restricting the nature or style of what they had to say.  I would make my decision based on corroborated evidence and the trial record, without following its standards for disqualifying some evidence.  I gave attention to two main standards: (a) whether the punishment was suited to the nature of the crime, and (b) whether there was doubt as to the guilt of the person convicted….

“I believe your cause is to persuade the Governor to issue a Pardon of Innocence for Bob Kelly and Dawn Wilson.  It may be difficult to produce exculpatory evidence several decades after the events.  You did not say whether Mr. Kelly and/or Ms. Wilson wish to return to that gauntlet, considering the degree to which they have restored their lives.  If they do, it would my hope that Governor McCrory and his counsel would weigh the two guidelines cited above, although no Governor is bound in clemency matters by any precedent of his predecessors.  While it can be difficult to prove a negative, it would help your cause if there were former accusers now in their thirties who have recanted the accusations of their childhood.  Otherwise, the appellate finding of procedural error alone might not be sufficient.”

– From a letter from former Gov. Jim Martin responding to my question about his recollections of the Little Rascals Day Care case

As welcome as a gubernatorial pardon would be, my hopes for the Edenton Seven are more modest:  a “statement of innocence” from the governor or attorney general similar to that given the defendants in the Duke lacrosse case.

If only the Little Rascals prosecutors had been as familiar with “The Crucible” as was the governor….