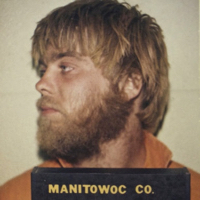 “Many fans of (the hit Netflix documentary) Making a Murderer, which sheds light on questionable conduct by prosecutors and police involved in (Steven) Avery’s conviction, view the 53-year-old’s imprisonment as a miscarriage of justice and petitioned President Obama to pardon Avery. The online petitions have garnered more than 200,000 signatures.

“There’s just one problem: Avery is a state prisoner convicted under state law. The president only has the constitutional power to pardon or commute sentences in the federal system.

“Fans of Making a Murderer who believe Avery deserves clemency should consider signing this petition addressed to Wisconsin Gov. Scott Walker, which has so far been signed by just 1,033 people….”

Junior Chandler’s application for gubernatorial clemency was rejected in 2014 and isn’t eligible for reconsideration until March 25, 2017.