‘What have you got? Exoneration? I don’t think so….’ 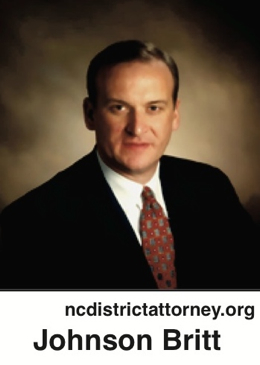 “The evidence you heard today in my opinion negates the evidence presented at trial…. Based upon this new evidence, the state does not have a case to prosecute….”

– Johnson Britt, Robeson County (N.C.) district attorney, acceding to release of two defendants cleared by DNA testing after serving almost 31 years each for the rape and murder of a 11-year-old girl

“You find a cigarette, you say it has (a different suspect’s) DNA on it, but so what? It’s just a cigarette, and absent some direct connection to the actual killing, what have you got? Do you have exoneration? I don’t think so….

“It’s a tragic day for justice in Robeson County…. Apparently the district attorney just threw up his hands and capitulated.” More here.

– Now-retired DA Joe Freeman Britt (no relation to Johnson Britt), acknowledging not an iota of doubt – “None. None.” – that the two men he prosecuted in 1984 were guilty as charged

Hats off to Johnson Britt for breaking the prosecutorial code of arrogance (although that’s always easier when the mistake happened on a predecessor’s watch).

And what is there to say about Joe Freeman Britt, the coldblooded “deadliest prosecutor in America”?

What I wish I could say is that his willfully blind resistance to exoneration is rare. But of course it isn’t.