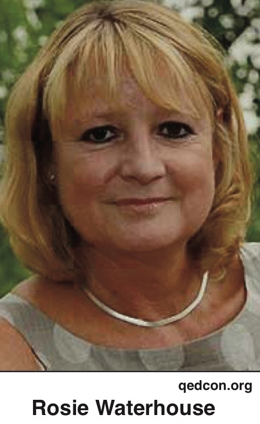 “Lurid tales of children being sexually abused, of animals being ritually slaughtered and babies being bred for sacrifice, in bizarre black magic ceremonies by cults of devil-worshipping Satanists first surfaced in America in the early 1980s. The allegations of what became known as Satanic ritual abuse soon spread to Britain, Australia and New Zealand in the late 1980s and early 1990s….

“As early as 1994 a UK government-funded investigation concluded there was no evidence Satanic ritual abuse existed. Yet despite the continuing absence of evidence, anywhere in the world, a minority of child care professionals including police officers and social workers, and adult psychotherapists, psychologists and psychiatrists persist in the belief that Satanic ritual abuse exists….”

– From a synopsis of remarks by Rosie Waterhouse, a journalist and academic who has been the foremost investigator of supposed “satanic ritual abuse” in Great Britain for the past 24 years

If my Google News feed is any measure, however anecdotal, such British claims may now outnumber those from the States. I asked Dr. Waterhouse to expound:

“There is a hard core of ‘believers’ who continue to spread the myth and very alarmingly seem to have influence among authorities and the media….

“The whole culture now about allegations of child sex abuse – from Satanic to dozens of police and official investigations and inquiries into non-Satanic ‘historic’ allegations, including against high-profile people including celebs and politicians – has become hysterical….

“Setting aside the Satanic abuse allegations – which I believe to be the most spurious, because as far as I am aware there has never been produced any physical, forensic, corroborating evidence, anywhere in the world – the historic non-Satanic allegations which have gone to trial have resulted in some convictions and some acquittals. Of other allegations which have not yet come to court, some may be true. Others I sense are the product of trawls for alleged survivors and witnesses to come forward, often with the prospect of compensation, and are false….

“The tidal wave of allegations is overwhelming. I really am depressed by it all.”