Betsy Kelly barred from reunion (but still got T-shirt!) 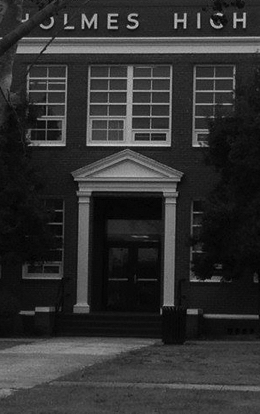 “Today in Edenton members of John A. Holmes High School’s Class of ’73 will walk across a stage in caps and gowns, receive diplomas and turn tassels on their mortar boards  – 20 years late.

“Their graduation ceremony was cancelled abruptly in 1973. A decision not to renew the contract of a black band leader had caused racial unrest, and school officials feared a disruption…. Diplomas were mailed to the 142 graduates….

“One member who doesn’t plan to attend is Elizabeth Twiddy Kelly…. A condition of her ($400,000) bond prohibits her from going to her hometown.

“ ‘There are a lot of them I would love to just touch base with, but that will have to happen another year,’ Mrs. Kelly said.

“The class committee plans to send her a class T-shirt and a letter.”

Seven months later Betsy Kelly pleaded no contest to charges of child sex abuse, while maintaining her innocence, and accepted a sentence of seven years in prison. She was paroled in November 1994.