In 1993, predicting a historic marker – and more 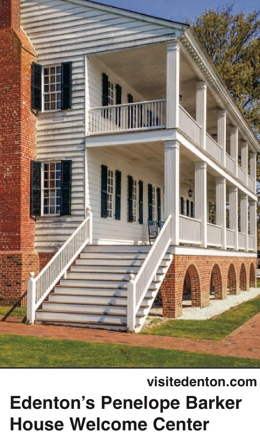 Given my thoroughly unsuccessful attempt to persuade the State of North Carolina to erect a historic marker recalling the Little Rascals Day Care case, I had to laugh at discovering this 1993 letter to the Elizabeth City Daily Advance:

“The year is 2022. The town of Edenton, last stop on the witch-hunt trail beginning in Salem, Mass., with an intermediate stop at Joe McCarthy’s office in Washington, D.C., has finally decided to build a historic marker. (It will be) directly across the street from the town’s $4 million tour center, where people gather from across the nation (indeed, from around the world) to see and feel and learn about the Edenton witch hunts of 1990-1993….

“It is here where the walking tours start, where the T-shirts are sold and where the buses disgorge their curious cargo….”

Letter writer David W. Tucker of San Francisco – who in all likelihood had recently watched “Innocence Lost: The Verdict” – expressed confidence that the marker would eventually be approved, even if not by 2022:

“The only question is whether the marker will speak of the community’s collective shame
or, instead, of the individuals and groups of good will and courage who brought lasting honor to Edenton by rescuing Bob Kelly, Dawn Wilson, the Twiddy family and the others from the nightmare that fear, hate and ignorance visited upon them….”