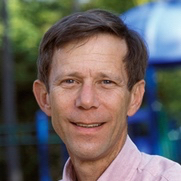 “A new survey finds that adults at school, day care and organizations such as churches and scouting groups are less likely than relatives to abuse or mistreat children.

“In general, organizations that serve young people ‘do not look like particularly risky environments,’ said study co-author David Finkelhor, director of the University of New Hampshire’s Crimes Against Children Research Center. This contradicts perceptions by some people who ‘think these are magnets for molesters,’ he said.”

– From “Child Abuse at Daycare, Youth Groups Rarer Than Thought: Survey” by Randy Dotinga in the Northwest Indiana Times (Feb. 2)

Surprising to see Dr. Finkelhor dismiss the notion of day cares as “magnets for molesters,” given that his own overwrought “Nursery Crimes: Sexual Abuse in Day Care” (1988) was an influential text in spreading the moral panic.

How did he determine back then whether sexual abuse had actually occurred? “If at least one of the local investigating agencies had decided that abuse had occurred and that it had happened while the child was at a day-care facility….then we considered the case substantiated.” In other words, one supposed “red flag” sighting from Brenda Toppin was certification enough.

As recently as 2012, when I queried Dr. Finkelhor about his beliefs past and present,  he denied being “an authority on the validity of claims” that he had laid out with such credulity in “Nursery Crimes.”