Exoneree ‘eventually got the death penalty’ 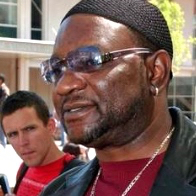 Darryl Hunt, imprisoned for more than 19 years for a murder he did not commit, was found dead in a car in Winston-Salem early Sunday.

“In 1984 at age 19, Hunt was charged with the rape and murder of a newspaper copy editor….” Read more here.

“Hunt was exonerated in 2004 after DNA evidence led police to Willard Brown, who confessed to the killing, and pardoned by then-Gov. Mike Easley.” Read more here.

He was awarded a settlement of more than $1.6 million in 2007 and founded the Darryl Hunt Project for Freedom and Justice,  an advocacy group for the wrongfully convicted.

“But Hunt was also haunted by his experiences, said those who knew him. He would use ATMs daily, not so much to get money but so he could create a time-stamped receipt and an image recording his location.” Read more here.

“The trauma of wrongful convictions, years in prison, and the responsibilities he took on after he was free wore Hunt down, (his longtime attorney, Mark Rabil) said.

“ ‘In the long run, he eventually got the death penalty,’ Rabil said.” Read more here.

Exoneration – what a beautiful word. Misleadingly beautiful for those who forever bear the wounds of wrongful conviction.

In 2007 a New York Times study of 137 DNA exonerees showed that “most of them have struggled to keep jobs, pay for health care, rebuild family ties and shed the psychological effects of years of uestionable or wrongful imprisonment.

Another study suggests New York state parolees experienced “a 2-year decline in life expectancy for each year served in prison.”

Perhaps most chilling: Darryl Hunt surely ranked as one of exoneration’s most heartening success stories.