Tortured by timidity in Texas 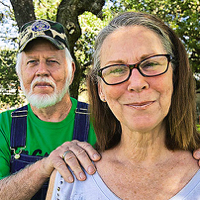 “Fran and Dan Keller have been released from a Texas prison after 21 years, yet still have little freedom of movement or circumstance, or even quality of life. Their 1992 conviction on multiple counts of ‘sexual assault of a minor’ – in the now notorious Fran’s Day Care case – has effectively been overturned by a 2015 Court of Criminal Appeals ruling ‘granting relief’ to the Kellers on a single question of retracted medical testimony. But the ruling was not accompanied by actual exoneration from the allegedly heinous crimes.

“Only a single appeals court judge – Cheryl Johnson – was willing to admit no crime had in fact occurred. ‘This was a witch hunt from the beginning,’ wrote Johnson, in her opinion concurring with the opaque ruling of the full court. Johnson would have granted relief on all the Kellers’ claims, and would have acknowledged that the entire prosecution had been an egregious folly.

“The limited ruling, while welcome in itself, left the Kellers in a legal limbo – permanently accused but not cleared…. required to somehow further demonstrate their innocence – of crimes that never happened….”

So who thwarts the hapless Kellers? Yes, yet another prosecutor who sets the bar for exoneration stratospherically high. Although District Attorney Rosemary Lehmberg (here’s why her name rings a bell) supported their release, she now finds herself unable to “find a path to innocence” without the deal-sealing exculpation of DNA evidence. Those darn imaginary criminals sure do clean up after themselves….