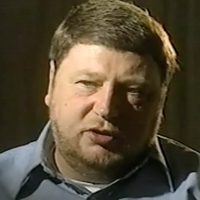 “(Daniel Green’s) Durham-based defense team says it has new evidence that challenges major parts of the prosecution’s case, while bolstering their request for a new trial. They claim that misleading testimony and misconduct by the prosecutor and jury helped send Green to prison for (the 1993 murder of James Jordan) he did not commit.

“The evidence outlined in court documents includes… a sworn statement from the jury forewoman who admits she did her own investigation of Jordan’s murder, which violated a judge’s order. Paula Locklear says that during the trial, she visited the South Carolina creekside where the body was found and developed her own theory on how the killing occurred. A Charlotte legal expert says her action amounts to a ‘tremendous problem’ for the original case and could get Green’s conviction overturned….”

Sound familiar? It should! As a juror in Bob Kelly’s trial, Dennis T. Ray not only conducted his own “crime” scene surveys, but also shared a Cosmopolitan article about how to identify child molesters, relayed incriminating claims from a jailhouse snitch and even displayed a supposed “magic key” described by child witnesses.

Unfortunately, Judge Marsh McLelland didn’t consider Ray’s rogue behavior – or that of a second juror, who dramatically revealed during deliberations that he himself had been abused as a child – to be a “tremendous problem.”