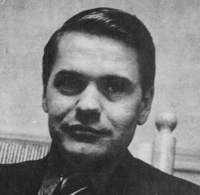 The damage was minimal compared with that caused by HB2, but the N.C. General Assembly in 1992 produced its own ludicrous overresponse to a nonexistent problem. It fell hard for the “satanic ritual abuse” allegations in the Little Rascals Day Care case.

Requiring SBI notification within 24 hours of any report of sexual abuse in a day-care setting was reasonable enough. But that was only the beginning.

According to the Associated Press:

“State Bureau of Investigation Director Charles Dunn said… the goal is to train up to 300 individuals in the state’s largest cities.

“Under the protocol, agencies in counties would establish guidelines for interagency task forces. Each task force would include an investigative unit and a resource unit.

“The typical investigative unit would include a child protective services social worker, law enforcement officer, consultant from the state day-care licensing agency and an SBI agent.

Maybe this sprawling bureaucratic troop movement, frustrated in its original mission, could be reactivated to enforce HB2 in the state’s bathrooms…..