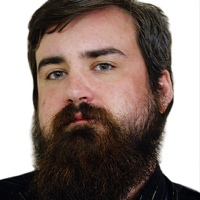 “It’s easy to whip people into a frenzy over a moral panic (such as ‘satanic ritual abuse’ in the 1980s). All you do is tell people there’s a vast segment of humanity that wants to prey on their children. You tell them that these predatory people aren’t like us – they’re outsiders with different values. And you make sure that the talking heads on TV keep the story alive.

“Is it possible that a moral panic could happen today?

“Just ask Gov. Pat McCrory, who has cost his state millions of dollars defending a law that allegedly protects North Carolina children from transgender bathroom-goers – a statewide crisis that suddenly popped into existence during an election year, conveniently enough.

“Moral panics still exist, and they’re still absurd. The only difference is, they’re a lot more expensive than they were back in the ’80s.”

– From “History warns us to beware of ‘moral panic’ ” by Ben R. Williams in the Martinsville (Va.) Bulletin (May 27)