Disapproval of prosecutors ‘about to hit a tipping point’ 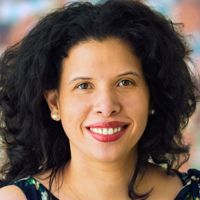 “A consensus is building around the need to seriously rethink the role of the prosecutor in the administration of justice. Power dynamics are unbalanced, sentencing guidelines are outdated, and old-fashioned human biases persist. And prosecutors – singularly independent agents in a justice system roiling in turmoil – have been facing growing criticism and public distrust for some time, and that disapproval is about to hit a tipping point.

“It’s time to curtail the power long held by these officers of the court as they promote justice, ensure fairness, and enhance public safety.”

– From “Are Prosecutors the Key to Justice Reform?” by Juleyka Lantigua-Williams in the Atlantic (May 18)

Is the North Carolina Bar ready to take the first step toward holding prosecutors accountable?