Yet another cousin to ‘satanic ritual abuse’: unverified ‘gang-stalking’ 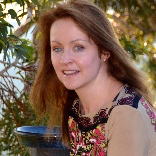 “…A large community of like-minded people on the internet who call themselves ‘targeted individuals,’ or T.I.s…. is organized around the conviction that they are victims of a sprawling conspiracy to harass thousands of everyday Americans with mind-control weapons and armies of so-called gang stalkers. The goal, as one gang-stalking website put it, is ‘to destroy every aspect of a targeted individual’s life.’…

“An internet search for ‘gang-stalking’… turns up page after page of results that regard it as fact. ‘What’s scary for me is that there are no counter sites that try and convince targeted individuals that they are delusional,’ said Dr. Lorraine Sheridan, co-author of perhaps the only study of gang-stalking. “They end up in a closed ideology echo chamber.’”

– From “United States of Paranoia: They See Gangs of Stalkers” by Mike McPhate in the New York Times (June 10)

The T.I. phenomenon is new to me, but the proliferation of true believers sounds all too familiar. And my own Google alert continues to turn up page after page of supposed validation of “satanic ritual abuse.”

Not surprisingly, T.I. and SRA hang out in the same rationality-resistant neighborhoods. This is a promo for a recent conspiracy podcast:

“Meet David and Patty: David was raised in a Satanic cult under MK Ultra mind control. Patty is being burned with plasma lasers and having her thoughts extracted without her consent. We talk about electronic harassment, microchipping, breathable nanotechnology, mind control, sex kitten programming, project Monarch, brain mapping, gang stalking, voice to skull technology (V2K), and Satanic ritual abuse. And we find out how much it costs to build your own laser at home….”