He stood up to Trump mania – how will he fare with Prosecutors Club? 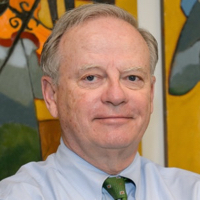 “Orr, a former state Supreme Court justice… angered party officials when he told a WRAL TV reporter that the nominee was ‘singularly unqualified to lead this country.’

“Orr said, ‘If I’d know there was some oath of loyalty, some code of omerta, where I couldn’t say anything against Trump, I probably wouldn’t have come.’”

Orr’s willingness to break from the herd will be tested mightily in his efforts to undertake an external evaluation of the N.C. State Bar, which so eagerly finds ethics violations among innocence project lawyers but almost never among prosecutors….

Footnote: To the surprise of few, the N.C. Conference of District Attorneys supports restrictions on release of police body cameras and dashboard recordings.