‘Tremendous … discretion’ has changed little since 1940 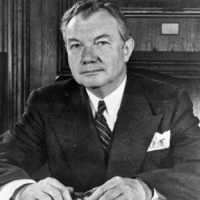 “The prosecutor has more control over life, liberty, and reputation than any other person in America. His discretion is tremendous. He can have citizens investigated and, if he is that kind of person, he can have this done to the tune of public statements and veiled or unveiled intimations.

“Or the prosecutor may choose a more subtle course and simply have a citizen’s friends interviewed. The prosecutor can order arrests, present cases to the grand jury in secret session, and on the basis of his one-sided presentation of the facts, can cause the citizen to be indicted and held for trial. He may dismiss the case before trial, in which case the defense never has a chance to be heard.

“Or he may go on with a public trial. If he obtains a conviction, the prosecutor can still make recommendations as to sentence, as to whether the prisoner should get probation or a suspended sentence, and after he is put away, as to whether he is a fit subject for parole.

“While the prosecutor at his best is one of the most beneficent forces in our society, when he acts from malice or other base motives, he is one of the worst….”

– From an address  by Attorney General Robert H. Jackson to the Conference of United States Attorneys, Washington, D.C., April 1, 1940

Although Jackson’s cautionary words were directed toward federal prosecutors, they could hardly be more applicable to the State of North Carolina’s prosecution of the Edenton Seven.  H.P. Williams Jr., Bill Hart and Nancy Lamb surely missed no chance to put forth “veiled or unveiled intimations,” to make a “one-sided presentation” or to otherwise act “from malice or other base motives.”