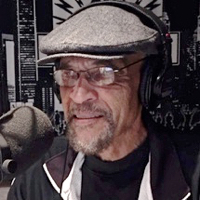 “The problem of juror pressure on a dissenting juror has long been known by defense attorneys and prosecutors.

“In a National Center for State Courts project on hung juries, researchers surveyed 367 unanimous decisions…. In nearly 40 percent of the cases at least one juror [disagreed] but went along with the majority and made the verdict unanimous….

“Research shows that dissenting jurors often go along not because they are convinced about points of evidence but because they bow to ‘normative pressure’: A lone holdout is under relentless and harsh pressure from other jurors to knuckle under. The pressure from the push for speed, the verbal battering and the threat of ostracism is virtually impossible to resist.

“The problem is made worse [in cases] when it’s impossible for a dissenting juror to say with absolute certainty whether the position of the majority is the right one and when the verdict could do horrible legal damage….”

– From “Why Zimmerman Juror B29 Believed in His Guilt But Still Voted to Acquit” by Earl Ofari Hutchinson on the Huffington Post (July 28, 2013)

Bob Kelly’s jury serves as a sad example of the contaminated chemistry of verdict making.