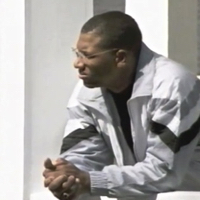 “I was a juror on the Edenton Little Rascals sex abuse case, and I heard all the facts.

“I feel it’s very important that readers know what was going on in Edenton at the time of the allegations. We know what was said in court 2 1/2 years later. Do you ever wonder what the evidence would have been if the case went to trial six months after allegations? Well, I don’t have to wonder. Other than the evidence lost or destroyed, I heard it all, and I’ll say this to the last day of my life, that the evidence that came through the courtroom did not prove that Bob Kelly committed any kind of sex abuse.

“To the grandmother who feels jurors made fools of themselves for appearing on ‘Frontline’ to try and tell the world the truth about the Little Rascals sex abuse case, then so be it.”

– From “Court evidence did not prove Kelly guilty,” letter to the editor of the Greenville (N.C.) Daily Reflector (Sept. 3, 1993)

Forty-five days earlier, Streeter and four other jurors had appeared on “Innocence Lost: The Verdict,” revealing to Ofra Bikel how they came to vote guilty.

From the “Frontline” web page: “Of the five jurors interviewed, only two were fully comfortable with the verdict they had issued. In both cases, it was the children’s testimony that had convinced them. The other three jurors were troubled and said they regretted their verdict and had serious doubts about Bob Kelly’s guilt. Two jurors, Mary Nichols and Marvin Shackelford, said that worries about their personal health (Shackelford had had two heart attacks, and Mary Nichols was very ill with leukemia) had driven them to vote guilty just to resolve the endless deliberations and go home. Roswell Streeter, who at 28 was the youngest member of the jury, said he felt intimidated and confused, and finally lost all sense of perspective.”

One of the two jurors who acknowledged no doubts about Kelly’s guilt was Dennis T. Ray, who wound up in court defending (not very persuasively) his own behavior.