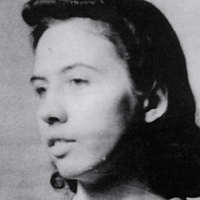 “[Shirley Ardell] Mason was the real person behind the 1970s best seller ‘Sybil,’ which sold 6 million copies with its riveting account of an abused woman inhabited by 16 different personalities. Sally Field won an Emmy for her 1976 portrayal seen by 20 percent of the nation.

“In the process, Mason popularized the condition known as multiple personality disorder – a trendy 1970s diagnosis. The number of cases mushroomed from about 75 to 40,000 after ‘Sybil’ was published….

“In the trove of records kept on her case, Mason actually admitted making up the many personalities.

“ ‘I do not really have any multiple personalities,’ she wrote in a letter to her psychiatrist. ‘I do not even have a “double.” … I am all of them. I have been lying in my pretense of them.’

“Her doctor chalked it up to a defensive ploy to avoid deeper therapy….”

–  From “The Minnesotan behind Sybil, one of America’s most famous psychiatric patients”
by Curt Brown in the Minneapolis Star Tribune (Feb. 25)