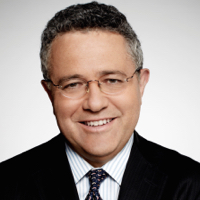 “One problem with pardons is that Presidents have considered them in secret, springing the decisions on the public only after they have been made. In high-profile cases, like Gerald Ford’s pardon of Richard Nixon or Bill Clinton’s pardon of the fugitive financier Marc Rich, the political repercussions have been disastrous.

“But Obama could avoid this problem with some innovation – and sunshine. Over the last year of his Presidency, his Administration should publish the names of people being considered for pardons. In this way, members of the public can make their views known about the wisdom (or lack thereof) of letting each individual out of prison.

“All Presidents and governors (who also have pardon power) are haunted by the possibility that they might release someone who goes on to commit horrible crimes. (Former Governor Mike Huckabee of Arkansas pardoned several people who did just that.)”

– From “It’s Time for Obama to Go Big on Pardons” by Jeffrey Toobin in the New Yorker (Dec. 22)

Yes, the risk attached to granting pardons is real. But is it even possible for someone convicted of an imaginary crime – such as the Edenton Seven and Junior Chandler – to be a recidivist?