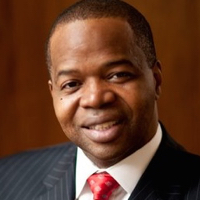 “Three men convicted of murder by arson for a 1980 fire in Brooklyn (were) exonerated on Wednesday….

“What carried the three men into prison was not reliable evidence of an intentionally set blaze, but rather an arson investigation that was more like shamanism than science, rooted in hunches and folklore and disconnected from the dynamics of actual fires. Like the comparisons of bite marks, hair and handwriting, it was a forensic practice that had the authority of white-coat laboratory science but virtually none of its rigor….”

– From “Between Guilt and Innocence, an Evolution in Fire Science”
by Jim Dwyer in the New York Times (Dec. 16)

Hats off to District Attorney Ken Thompson, who moved to vacate the three convictions, citing “circumstantial evidence, outdated science and the testimony of a single, wholly unreliable witness….”

Columnist Dwyer is reminded of a statue at the University of Pennsylvania Law School depicting a mythological Chinese beast believed to have the ability to tell the guilty from the innocent by butting them. Inscribed on its base: “Slow and painful has been man’s progress from magic to law.”

“Slow and painful” indeed. Ask Junior Chandler, who has been imprisoned since April 17, 1987, for committing the magical crime of “satanic ritual abuse.”