The name of Dr. Roland Summit, key supporter of the McMartin Preschool prosecution, no longer resonates in psychiatry, but the “child sexual abuse syndrome” he conjured up did a lifetime’s worth of damage to its countless victims. 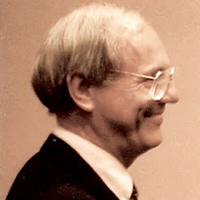 As described by Debbie Nathan (Village Voice, Jan. 12, 1990), “[Summit’s] theory about incest… argues that if there is evidence of sex abuse and a child denies it, this is only further proof that it happened and a therapist should use any means necessary to help the child talk…. If they later recant, that means they are under family pressure to protect the father and their turnabout is further proof of the crime.

“So no matter how much coercion was used to get an accusation and no matter if a child later retracted it, once Summit’s incest theory was applied, a charge of abuse became irrefutable. Child protection workers ignored the fact that this logic had little to do with day care. After all, why would children staunchly defend abuse to protect an adult who wasn’t part of the family? And if they had been so brutally attacked at school, why wouldn’t they tell their parents?

“Therapists and investigators came up with all sorts of rationales. One was the teachers threatened them by slaughtering animals and warning that the same thing would happen to their parents if they told….”

Summit wasn’t among the expert witnesses in the Little Rascals Day Care case, but his supposed syndrome warped therapists’ interpretation of every child-witness interview. And those imaginary “threatened parents” showed up in this 1995 open letter from Little Rascals parents: “Many [children are now] old enough to realize that Bob Kelly can’t work his threatened evil to kill their families.”

Next: Collusion by psychiatrist and patient