Dr. Summit was anything but objective about McMartin

At the core of the recent McMartin expose “They Must Be Monsters: A Modern-Day Witch Hunt” is the authors’ meticulous tracing of how the fantasies of one paranoid schizophrenic mother, Judy Johnson, fostered the longest and most expensive criminal trial in American history. 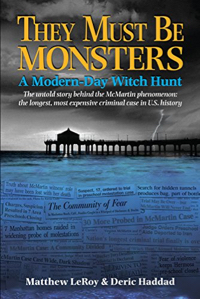 But Johnson did not act alone. Toward the end of the book Matthew LeRoy and Deric Haddad recall interviewing psychiatrist Roland Summit in his office and confronting him with evidence that – contrary to his earlier denials — he had been deeply involved not only with supporting Johnson’s bizarre accusations but also with fostering them.

I asked Haddad what lay behind Summit’s deceit.

“I suspect he was trying to cover up that he had given false testimony under oath,” he said. “He’d testified that they ‘first met’ in February 1984 – but Judy’s own calendars revealed a relationship that went back a year earlier. He may have had an influence on her before she ever even dropped her son off at McMartin.

“So when he looked over her notes, that only we had possession of, he saw that we could prove he’d lied. He got really shaky….”

If he had concerns about his professional reputation, Summit surely had much to be shaky about, including his role in whipping up panic among parents and his insistence that McMartin Preschool sat above a network of abuse-enabling secret tunnels.