What? A journal willing to retract? 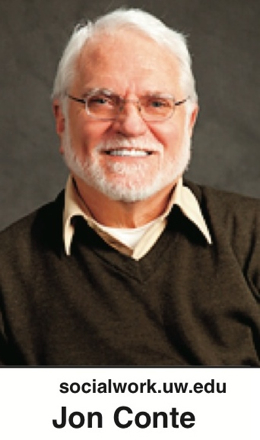 Other examples include Nursing Research, Child Abuse & Neglect and Relational Child and Youth Care Practice. The editors of each of these journals turned down my requests to retract their articles supporting and promoting the SRA moral panic.

One editor did offer a glimmer of willingness: Jon Conte at the Journal of Interpersonal Violence.

The road to publication, however, has proved long and bumpy and ultimately – spoiler alert – a dead end.

Here are excerpts from my correspondence with Dr. Conte, who is a professor in the School of Social Work, University of Washington:

I am an independent researcher and blogger in Charlotte, North Carolina. My goal is to obtain a statement of innocence for the Edenton Seven, the wrongfully prosecuted defendants in the Little Rascals Day Care case (1989-1997).

In December 1989 the Journal of Interpersonal Violence published the article “Stress Responses of Children to Sexual Abuse and Ritualistic Abuse in Day Care Centers” by Susan J. Kelley.

In December 1990 the Journal published the article “Ritualistic Child Abuse in a Neighborhood Setting” by Barbara Snow and Teena Sorensen.

Can you tell me whether the Journal ever published a retraction for these articles? And if not, would it consider doing so now?

I do not believe JIV (ever) published a Comment on this 1989 manuscript.  I would not prejudge any submission so long
as it is consistent with the overall mission and focus of the journal.  A comment on a previous article, even years after publication would certainly be reviewed.  Any submission must be scholarly and consistent with the purpose of knowledge development or dissemination.  Your use of the term “recantation” (actually, “retraction”) would appear to suggest an advocacy purpose and that purpose alone would not be appropriate for a manuscript we would review.

I apologize for not having been clearer in my request.

What I am seeking is not a recantation but a simple, concise retraction by the editors, acknowledging that the concept accepted and promoted in these two articles – ritual abuse in day cares –  was in fact entirely a product of a moral panic.

I am not an academic or professional, but I believe an examination of the literature in the intervening years would fully support such a retraction.

This passage is from the Retraction Guidelines of the Committee on Publication Ethics: “Retraction is a mechanism for correcting the literature and alerting readers to publications that contain such seriously flawed or erroneous data that their findings and conclusions cannot be relied upon. Unreliable data may result from honest error or from research misconduct.”

Does the Journal of Interpersonal Violence want to leave these articles as its last word on the era of unfounded claims of ritual abuse in day cares?

Science and knowledge progress slowly.  There are many things which are published in good faith, blindly reviewed, and found acceptable for publication.  Then some years later with more research, experience, or knowledge what was once acceptable is seen in a new light.  I am not saying this has taken place with the manuscript you have identified.  It is not my intent to review previously published work in light of the change in times.

If you wish to write a letter for publication I am happy to work with you in that effort.

I appreciate your thoughtful response. As much I would prefer a retraction – professionally researched and peer-reviewed – I appreciate your offer to consider a letter to the editor. Here is what I’d like to say:

“In December 1989 the Journal of Interpersonal Violence published ‘Stress Responses of Children to Sexual Abuse and
Ritualistic Abuse in Day Care Centers’ by Susan J. Kelley.

“In December 1990 it published ‘Ritualistic Child Abuse in a Neighborhood Setting’ by Barbara Snow and Teena
Sorensen.

“Both these articles endorsed and promoted a concept – satanic (or sadistic) ritual abuse in day cares – that subsequent research has proven to be entirely false. Today no respected social scientist will argue otherwise.

“The Little Rascals and McMartin cases were but two manifestations of this moral panic of  the 1980s and early 1990s. Less publicized prosecutions occurred across North America and as far away as New Zealand and Germany.

“Untold harm was done to defendants, families and child-witnesses.

“The Journal of Interpersonal Violence should not allow these articles to stand as its last word on claims of day-care ritual abuse.”

I would suggest you consider several additional points:  1) you cite research which proves ritual abuse “false.”  I don’t think you need to do a comprehensive research review, but since JIV is a scholarly journal, you should cite some of the research you are referring to.  I am not sure that this research “proves” that RA does not exist but rather raises questions.

You might also make reference (if true) that no law enforcement investigation has every uncovered evidence that such “cults” exist.  You also need to specify the harm that you feel these articles did.  For example, does the term RA in the title imply belief that RA exists?  I don’t think you have to prove some harm, but be specific in what you believe the harm is.

Also, and perhaps more importantly, if there are issues within the articles (i.e., not just the title) then describe what you see as the conceptual, methodological, etc., problems.

We are probably going to invite the authors to respond, and if they choose to do so I will share their responses
before we publish your letter or their responses.

I appreciate your guidelines and hope to produce something that is not only publishable but also contributes to discussion of this issue.

I am happy to work with you….

Next: My second attempt to make my case in the Journal of Interpersonal Violence.