Psychiatry, the devil and Gloria Steinem 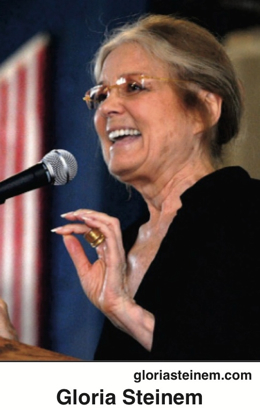 As described in Richard Noll’s “When Psychiatry Battled the Devil,” the 7th annual conference of the International Society for the Study of Multiple Personality and Dissociation, held in Chicago in November 1990, proved to be a turning point in mainline psychiatry’s attitude toward “satanic ritual abuse” and the multiple personalities it supposedly spawned.

It was also notable for the involvement of perhaps the country’s most celebrated believer in SRA.

“A large hotel ballroom (was) filled with most of the more than 700 conference attendees,” Noll recalled. “Television crews were on hand…. So was Gloria Steinem….

“(Anthropologist Sherrill) Mulhern and I were strident in our outright rejection of the veracity of SRA claims….

“Steinem approached me after my talk and suggested materials to read which she felt would help me change my opinion of SRA accounts….”

Not only had Steinem been using Ms. magazine to promote claims of ritual abuse, MPD and repressed memory, but also – just months before the Chicago conference – she had underwritten an archeological search for the imaginary “McMartin tunnels.”

I asked Noll what else he remembered about their encounter.

“She came up to me while I was still sitting up on stage and hundreds of people were still milling around.  I didn’t recognize her at first until I stared down at her name tag, then she rolled her eyes and made a face that indicated, ‘Yeah, it’s me . . . .’

“She wrote down a couple of titles that I frankly do not remember….You know, for years I saved that piece of paper she wrote on.”

As far as I can tell, Steinem has never removed her name from the very long list of unapologetic SRA believers.  But who knows – maybe it’s a position she will want to reexamine as an octogenarian.