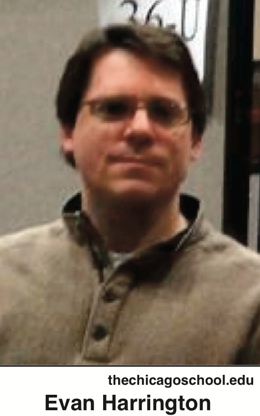 A welcome contribution to the unraveling of the “satanic ritual abuse” case against Fran and Danny Keller was this letter from Chicago psychology professor Evan Harrington dismantling the testimony of prosecution witness Randy Noblitt, a psychologist and self-described expert in ritual abuse.

Here’s how the Austin Chronicle summarized it:

“The letter, signed by 39 leading experts from across the country and around the world, presents the court with evidence not only that Noblitt was, and is, unqualified to serve as an expert at all, but also that ‘ritual abuse’ is a topic unsupported by any empirical research. Indeed, at trial the state called Noblitt to describe how the children’s allegations against the Kellers were believable and to avow that the allegations comported with ‘behaviors associated with so-called ritual abuse,’ reads the letter.

“ ‘In summary, the world portrayed by Dr. Noblitt is one in which thousands of cult abusers have infiltrated respectable society, and specifically daycare centers, in order to operate a clandestine subculture engaged in massive levels of felonious criminality,’ reads the letter. To the contrary, Harrington writes, there is not now, nor was there in the early ’90s, any mainstream support for, or scientific evidence to demonstrate, that ritual abuse is a real phenomenon. ‘In conclusion, Dr. Noblitt stated in testimony at trial that there is little controversy about his descriptions of ritual abuse,’ reads the letter. ‘This statement was not factually true in 1992, and is less true today.’ ”

I have long wondered: Why do the Ann Wolbert Burgesses, the Susan J. Kelleys, the Mark “Where there’s smoke…” Eversons and the Randy Noblitts continue onward in their careers while their victims get not even a ‘Gee, sorry, guess I was wrong’?

How do professionals, however dubiously credentialed, manage to keep their licenses and their jobs after testifying so confidently, so misleadingly and so destructively against defendants such as the Kellers and Bob Kelly?  What can be done to hold them accountable?

Dr. Harrington, who teaches at the Chicago School of Professional Psychology, says this question sometimes comes up in his class on mental health law.

“The answer, for better or worse, is ‘nothing,’ “ he says. “When you look at an ‘expert’ like Dr. James Grigson in the case of Barefoot v. Estelle, it becomes very clear that there is no remedy for dealing with bad ‘experts.’

“The best one can hope for is that sufficient scientific evidence exists to prevent such a person from getting on the stand in the first place, or that the jurors are wise enough to discard the fallacious testimony. But there really is little that can be done after the fact, except to try to exonerate those who are factually innocent.”

Grigson was a Dallas psychiatrist notorious for persuading juries that defendants deserved capital punishment.  “Dr. Death,” as he was known, was expelled from the American Psychiatric Association and the Texas Society of Psychiatric Physicians but kept his license and continued to practice.