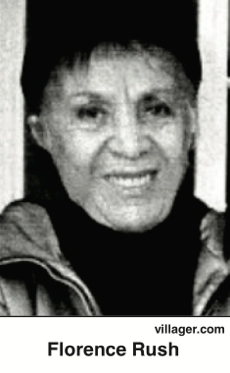 “….The widespread belief that sexual abuse of children is endemic to society is a relatively new notion. In fact, it can be traced to a particular moment in history: April 17, 1971.

“On that day the New York Radical Feminists, a group that at its height boasted no more than 400 members, held a groundbreaking conference on rape. For two days, women held forth on a subject long considered taboo…. A speech given by Florence Rush (was) the highlight of the event.

“Rush was an unlikely star for such a gathering. A middle-aged social worker, who had never been raped, she outlined statistical studies suggesting that sexual abuse of children, including incest, was a more widespread problem than was generally recognized….

“Before Rush’s speech, feminists had given little thought to incest. Author Andrea Dworkin recalled that before the conference ‘we never had any idea how common it was.’ In the decades following Rush’s talk, feminists more than made up for their earlier unawareness, competing with each other in elevating the number of victims….

“Believe the women. Believe the children. These refrains became the mantra of the incest movement. While the women’s movement would be enormously successful in turning sexual abuse – including incest – into a major public issue, women, ironically, would become the chief victims of the hysteria it generated.

“The obsession with this supposedly rampant sexual abuse played out in two ways: ‘Believe the women’ became the repressed memory hysteria. ‘Believe the children’ turned into the day-care hysteria….”

– From “Sex, Lies, and Audiotapes” by Rael Jean Isaac in the Women’s Quarterly (summer 2001) text cache

The road to the moral panic that would sweep up innocent day-care providers from North Carolina to New Zealand was a long one. If Florence Rush’s 1971 speech was one milestone early on, then perhaps the still-contentious 1988 conference of the International Society for the Study of Multiple Personality and Dissociation could be seen as the beginning of the end – although the allegations against the Edenton Seven weren’t yet even a gleam in a therapist’s eye….