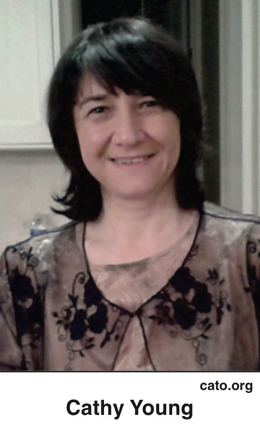 “While (‘The Witch-Hunt Narrative’ author Ross) Cheit… admits that there was some ‘overreaction’ and injustice to innocent people – including ‘five, possibly six, of the seven defendants’ in the McMartin case – he argues that the ‘Satanic panic’ hysteria is a myth rooted in exaggeration and distortion….

“Whether the book succeeds in making a dent in the witch-hunt narrative depends, to put it bluntly, on whether we can trust Cheit to give a fair and accurate account of this material. A close look reveals enough evasions, highly tendentious interpretations, and verifiable inaccuracies to conclude that we cannot….

“It is ironic, or perhaps symbolic, that this book has arrived in the midst of a new wave of sex-crime hysteria. Just recently, in the impassioned debate over the sexual molestation charges against Woody Allen, such feminists as Jessica Valenti and Roxanne Gay revived the call to ‘believe the survivor.’ The same mind-set also appears in the current campus climate of pressure to accept virtually all allegations of sexual assault regardless of evidence. Despite Cheit’s attempted debunking, the lesson of the witch-hunts still stands: Emotion-driven, faith-based crusades against repellent crimes are a grave danger to justice.”

– From “The Return of Moral Panic: A scholar tries – and fails – to rehabilitate the sex-abuse hysteria of the ’80s” by Cathy Young at reason.com (Oct. 25)

Young contributes a welcome follow-up to Debbie Nathan’s Cheit-busting response from the National Center for Reason and Justice. She is especially effective in pointing out Cheit’s fact-fudging and cherry-picking in the McMartin and Kelly Michaels cases.