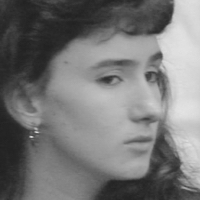 Byrum will be released four days later, Wilson not for eight weeks.

Because she went to trial and the jury returned a guilty verdict (eventually overturned), Wilson’s story is much better known.

But Byrum suffered her own coercive torture at the hands of prosecutors before charges were dropped in 1996.

Nineteen years old when she was arrested in January 1990, she spent almost a year in jail, leaving her 7-month-old baby in the care of her husband. Had she agreed to testify against Bob Kelly, she could have walked out a free woman – and mother.

In “Innocence Lost: The Plea” (1997), Byrum explained why she had been tempted by but repeatedly refused the prosecutors’ deal:

“…. I would not ever have to be separated from my child again. But then I’d have to live with the rest of my life that I (said I) did something when I didn’t do it.”