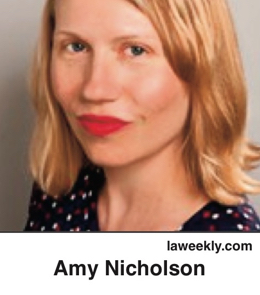 “Investigative journalist Susan Goldsmith has spent years examining the medical and legal industry that has arisen to promote its belief that vicious baby-shaking by enraged adults has killed thousands of infants, the subject of the new documentary The Syndrome….

“We’ve been here before. The Syndrome rewinds to the 1980s when the panic on behalf of children was Satanic Ritual Abuse, a national frenzy in which prosecutors and juries sent daycare employees to jail for years for crimes as implausible as cutting off a gorilla’s finger while at the zoo, then flying the children over Mexico to molest them.

“The media leapt on these accusations. So, too, did the doctors. ‘They medicalized Satan,’ says Goldsmith. ‘(Doctors would) go into court and say, “Yeah, she’s got a Satanic Ritual Abuse notch in her hymen” ’….

“Satanic Ritual Abuse and Shaken Baby Syndrome are more similar than they sound. In both cases, the expert speaks for the victim. The discredited Satanic Ritual Abuse cases proved that adults were able to pressure children to swear to all sorts of falsehoods…. The alleged victims of Shaken Baby Syndrome are either dead or too young to explain what happened. Thus a doctor’s educated opinion becomes crucial – even if that doctor is adhering to incorrect ‘proof’ of abuse.”

– From “Is Shaken Baby Syndrome the New Satanic Panic?” by Amy Nicholson in LA Weekly (April 9, 2015)