What might’ve been: Nancy Lamb at the multiplex 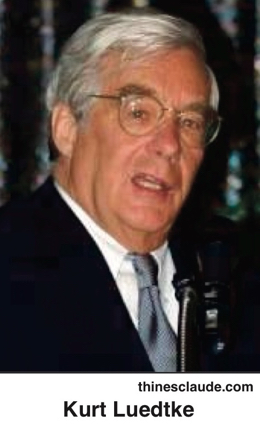 Ofra Bikel’s eight hours of “Innocence Lost” were surely powerful, but the narrowness of PBS’s audience limited their impact. What if the Little Rascals Day Care case had also inspired a major theatrical release? What if several million moviegoers had watched the dramatic nobody-dunnit even as the real-life Edenton Seven were languishing in jail or standing  trial?

For a brief moment, that seemed possible.

Kurt Luedtke, screenwriter for the ’80s hits “Out of Africa” and “Absence of Malice,” was outraged after seeing the initial “Innocence Lost” in 1991. “You can’t hold people that long without presenting the evidence,” he told the Charlotte Observer.
Now retired and living in Michigan, Luedtke recalls his “indignation mounting and (thinking) I had to do something about the preposterousness of what was going on….”

Alas, his idea apparently made it no further than a preliminary meeting in New York with Bikel and “Frontline” founder David Fanning: “I can’t remember why we didn’t go forward; maybe I had another job.”