Chandler’s sentence designed to lock him up forever 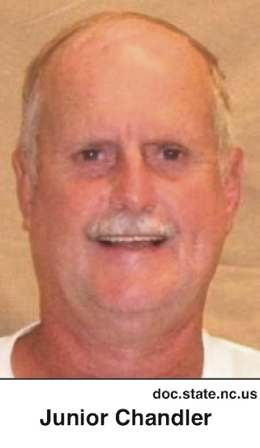 “The latest obstacle to Gerald Amirault’s freedom came without fanfare. A three-member panel of the Massachusetts Department of Corrections has now decided that, since the prisoner has refused participation in treatment programs for sex offenders, he was considered to be ‘in denial.’ Permission for him to appear before the Board that could grant early parole would therefore be denied.”

Steadfast in his supposed “denial,” Amirault wouldn’t be paroled until 2004 – 18 years into his 40-year sentence.

Compared with Junior Chandler, however, he was lucky. Chandler’s two consecutive life sentences have made him ineligible for parole. For a brief moment during his long and maddening appeals process, in 2008, it seemed those life sentences would be made concurrent – thus qualifying him for parole consideration. But a switch in judges, orchestrated by the attorney general’s office, vaporized that prospect.

A footnote: The North Carolina Department of Correction has its own Sexual Offender Accountability and Responsibility program. “Through psycho-educational modules, behavior techniques and empathy training,” its website says, “S.O.A.R. participants learn that sexually abusive behavior is both controllable and manageable.”

Junior Chandler recalls having been invited to participate, but …. “They said I had to admit I was guilty. I told them I couldn’t do that, because I hadn’t done anything….  What would you do?”