Will Edenton, too, ever be ‘honest about what took place’? 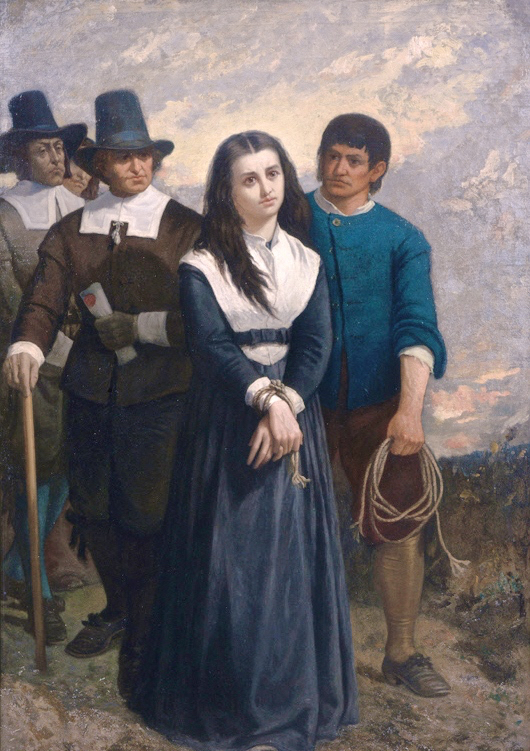 “Witch Hill: The Salem Martyr,” oil on canvas, by Thomas Satterwhite Noble, painted in 1869. Notes from the gallery label: “The young woman who posed as the condemned witch was a librarian in the Cincinnati library, and was a lineal descendant of a woman who was actually hanged as a witch in 17th century Salem. Painted in Cincinnati.”

“Researchers announced this week they have confirmed the plot (in Salem, Mass.) where 19 people accused of witchcraft were hanged in a wave of hysteria that swept this seaside city in 1692.

“Salem plans to mark the ignominious spot, Mayor Kimberley Driscoll said: ‘This is part of our history, and this is an opportunity for us to be honest about what took place.’

“Neither of two previous plans for a memorial there (in 1892 and 1936) went anywhere. Emerson ‘Tad’ Baker, a Salem State University professor who helped pinpoint the location, said the desire by some to forget the witch trials was probably to blame.

– From “Researchers pinpoint site of Salem witch hangings” by Laura Crimaldi in the Boston Globe (Jan. 13)

In Edenton, the “desire by some to forget” still dominates, but should it ever weaken…..