‘A good day for justice’ in Texas – why not in NC? 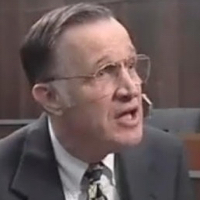 “The disciplinary board of the Texas State Bar on Monday affirmed the agency’s decision to disbar Charles Sebesta, the former prosecutor who oversaw the wrongful death sentence of Anthony Graves.

“Graves, who spent 18 years in prison, including 12 on death row, for a fiery multiple murder he did not commit… had asked the Bar to hold Sebesta accountable for withholding critical evidence of his innocence.

“ ‘The bar stepped in to say that’s not the way our criminal justice system should work,’ Graves said. ‘This is a good day for justice.’ ”

– From “State Bar board affirms disbarment of prosecutor who sent innocent man to death row” by Brandi Grissom in the Dallas Morning News (Feb. 8)

Legal scholar Jonathan Turley notes that “Sebesta’s conduct was shocking but remains a relatively rare example of prosecutors being held accountable in such cases of prosecutorial abuse.”

Although the Texas Bar displayed little eagerness to bring a prosecutor to justice – and disbarment is a petty consequence indeed for the enormity of Sebesta’s malfeasance – its response seems darn near heroic compared with the shameful vindictiveness we have come to expect from the North Carolina Bar.