Who remembers wrongful conviction was overturned? 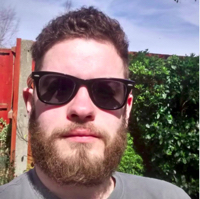 “From the McMartin preschool trial in the United States in the ’80s … not one ‘satanic abuse’ network in the modern context has ever been proven to exist.

“Despite this fact people tend to remember the sensationalism of each case, and the fear and rumors generated by them. Not the final verdict, which has always been acquittal or at least the overturning of a wrongful conviction. The truth of each case gets lost in time….”

– From “Satanic Ritual Abuse: 7 Fictions That Created A Mythology” by Keelan Balderson at WideShut  (March 8, 2015)

What might it feel like, all these years later, encountering people who vaguely remember your prosecution for “satanic ritual abuse” at Little Rascals – but not your exoneration?