Which candidate cares about wrongful convictions? 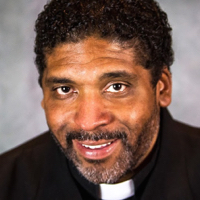 “North Carolina’s attorney general (Roy Cooper) should set up a group to investigate claims of wrongful convictions to prevent more innocent people from being in prison, the head of the state NAACP said Thursday.

“Cooper’s office said a meeting was held with Barber and representatives of the NAACP: ‘We look forward to working with them to address systemic issues in the criminal justice system.” Cooper also wants more money for N.C. Innocence Inquiry Commission, which has been involved in releasing eight innocent men.

The latest addition to the long list of questionable North Carolina convictions comes from Gaston County (thank you, Elizabeth Leland of the Charlotte Observer). Least surprising sentence in Leland’s series: “The prosecutors who tried the case declined to be interviewed.”