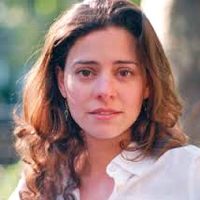 “Compensation is intended in part as a deterrent: a municipality that has to pay heavily for police or prosecutorial misconduct ought to be less likely to allow it to happen again. But it is taxpayers, not police or prosecutors, who bear the costs of litigation and compensation. Prosecutors enjoy almost total immunity in cases of misconduct, even if they deliberately withhold exculpatory evidence from a jury. A 2011 Supreme Court ruling also made it virtually impossible to sue a prosecutor’s office for such violations….”

– From “The Price of a Life: What’s the right way to compensate someone for decades of lost freedom?” by Ariel Levy in the New Yorker (April 13, 2015)

To “deliberately withhold exculpatory evidence” seems all too neatly illustrated in Bob Kelly’s trial. Here’s how the North Carolina Court of Appeals described the prosecution’s actions:

“Judge L. Bradford Tillery, a pretrial Judge, directed the State to file and present for in camera review identifying information, medical and psychotherapeutic files and DSS files with respect to the ‘indictment children’….

“In apparent compliance with Judge Tillery’s order… the State turned over a box of files to the trial court, Judge (Marsh) McLelland presiding. The box contained, inter alia, complete medical notes and therapy notes on the 29 indictment children, 12 of whom testified at defendant’s trial and 17 of whom did not….

“After trial, defendant’s appellate counsel went to the Office of the Clerk of Court for Pitt County to view the exhibits. He opened several boxes containing trial exhibits, none of which were sealed. One of the boxes contained 29 files labeled with the names of the indictment children…. Defendant argues that the files contained undisclosed information that would have been material to the defense.”

To wit, the withheld files were bulging with exculpation – conflicting claims, evidence of hysteria, eyewitness testimony that nothing happened.

Prosecutors H.P. Williams Jr., Bill Hart and Nancy Lamb walked away rebuked by the Appeals Court but otherwise unpenalized. How differently might the Little Rascals case have unfolded had they known their recklessness wouldn’t be shielded by prosecutorial immunity?