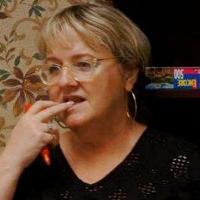 “North Carolina’s district attorneys say a proposed rule that would require them to turn over evidence of innocence after a person is convicted is….”

Anyone familiar with the worst practices of  DAs won’t be surprised at the rest of Martha Waggoner’s sentence:

“….unnecessary because prosecutors already believe it should be turned over at any point, including post-conviction.”

Chris Mumma of the N.C. Center on Actual Innocence, herself punished for exposing wrongful prosecutions, wondered why DAs would object to putting their high standard in writing: “If all the rule does is raise confidence in the process, then it’s beneficial.”

“If it is unnecessary and they already believe that there is a rule that holds them to that standard, then why haven’t they been doing it?! Why have they argued that they had no obligation to do this? Why wasn’t I told that there was an alternative suspect in MY case, who just so happened to be the true perp? Why did I only find out after years of investigation during my civil suits, after my exoneration, that the actual perp’s name was in their files but was never investigated? I call BS.”

Dail was convicted of raping a 12-year-old Goldsboro girl in 1987. DNA evidence cleared him in 2007.