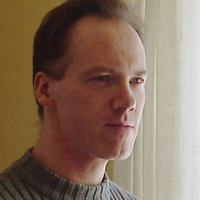 “We Believe the Children” offers a clear explanation of how a then-novel crusade for child welfare and a murk of neo-Freudian psychological theory together drove officials to find suppressed trauma where none existed, and [Richard] Beck also cites the popular nonfiction books Sybil (1973) and Michelle Remembers (1980) for their role in spreading acceptance of Multiple Personality Disorder and Satanic Ritual Abuse as authentic phenomena.

“He further argues that the day care scandals represented a conservative backlash on behalf of traditional family structures, in which fathers worked while mothers stayed at home to raise children, over the newer model of two busy parents dropping their kids off with professionals.  In this reading, the contemporaneous wave of incest survivor memoirs and self-publicizing MPD victims likewise reinforced the traditionalist ideal of helpless females unable to cope in a modern society that gave women too much sexual and career freedom.

“Maybe.  Yet Beck only devotes a paragraph or two to the burgeoning pop-culture fascination with the occult which preceded the Satanic panic, and it’s worth pointing out that, despite hit films like The Godfather and Scarface, no one in the 1980s was accused of recruiting children into a mobster underworld, and despite turmoil in the Middle East, day cares were not suspected of being fronts for Islamic terrorists.

“Rather, the emphasis on perversion, ritual killing, and cultism which characterized the scare drew on obvious sources in the mass entertainment of the mid-1960s onward.  As I’ve written in my book Here’s To My Sweet Satan:  How the Occult Haunted Music, Movies, and Pop Culture, 1966-1980,

For a culture accustomed to the bloody rampages of Charles Manson, the shameless perversities of Anton LaVey, and the no-holds-barred gross-outs of The Exorcist, such combinations of cruelty, vulgarity, and the occult [in the McMartin charges] were no longer surprising.…For a long time the public had been bombarded with messages of what Satan and Satanists were like, of the words, images, and symbols associated with devil worship, and especially of how children were Satan’s favorite victims.  It had all finally proved too much for some people.

“I believe it’s this influence that fostered the climate for McMartin and other travesties, at least as much as any right-wing fantasies about dutiful moms and dangerous outsiders….”

– From “Children of the Grave” by Canaadian author and blogger George Case (Sept. 23)

An earlier challenge to Beck’s emphasis on conservative backlash points a finger at feminism.