APSAC to victims of its ‘misguided ideas’: Drop dead 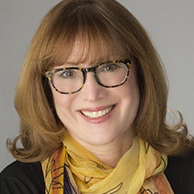 Janet Rosenzweig, executive director of the American Professional Society on the Abuse of Children, wasted no time kissing off my request that APSAC take responsibility for the damage done by its advocacy of the “satanic ritual abuse” day-care myth:

“On behalf of the Board of Directors  of APSAC, thank you for sharing your thoughts with us.  APSAC does not have a position on this issue, and has no plans to take one at this time.”

In reality, APSAC has taken a position on the issue ever since its founding.

As noted in “Advances in Social and Organizational Psychology” by Donald A. Hantula (2006):

“APSAC was founded in 1985 as a professional group of therapists concerned that some people were skeptical regarding claims in the McMartin day care satanic abuse case. At the same meeting at which APSAC was formed for professionals, ‘Believe the Children’ was formed for parents of McMartin children…. Thus, from the start, APSAC has been an advocate of the reality of satanic and sexual abuse in day care….”

As stingingly acknowledged by prosecutor Paul J. Stern, the shared history of APSAC and the day-care panic is indisputable. Only one question remains: What now? Does APSAC really want its professionalism forever compromised by clinging to its perverse origin story?