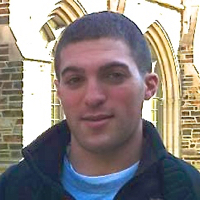 “It’s no secret that we humans grant far too much confidence to our opinions. But when powerful people do this, the dangers compound. Zealotry replaces fair-mindedness. The worst excesses happen when prosecutors forget they’re flawed humans, like anyone else, and that as a result they’re subject to cognitive flaws like tunnel vision, racial bias, and the desire to reduce cognitive dissonance through ‘cognitive consistency’ even at the expense of complicated, nuanced, self-contradictory, paradoxical truth….

“Cognitive bias and overconfidence touch us all. Only a conscious awareness that we might be wrong can counter unthinking heuristics, biases, and schemas that lead to imperfect conclusions….

“Wisdom counsels not the confident use of power, but the wise use of power. The first step of wisdom is recognizing how little we know….”

And the latest on the still-imprisoned Brendan Dassey.