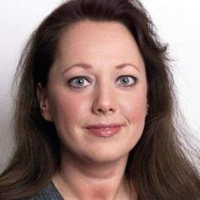 “One day after Indiana Gov. Eric Holcomb pardoned him for a 1996 armed robbery he did not commit, [Keith] Cooper, 49, said he was grateful to the new governor for doing something his predecessor, Vice President Mike Pence, long had refused to do….

“Cooper spent nearly a decade of a 40-year sentence behind bars before he was released in 2006. Nearly three years ago, after the victims who had identified him as the shooter recanted and DNA evidence pointed to another man, the Indiana Parole Board unanimously recommended Cooper be pardoned. His request, though, sat unsigned on Pence’s desk….

“In response to a request for comment, the vice president’s spokesman did not address the Cooper pardon but said Pence ‘is proud of his record’ as Indiana’s governor.”

– From “Wrongly accused of armed robbery, he says Pence ‘abandoned me‘ ” by Christy Gutowski in the Chicago Tribune (Feb. 11)