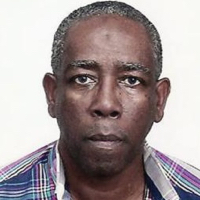 “A few months ago, I started receiving photographs of young men on my phone. They were accompanied by frantic messages identifying these men as being responsible for some of the current sex crimes and pleading for the widest possible circulation of the information.

“I immediately became suspicious and pressed the ‘delete’ button. Subsequent events proved me correct. The authors were just scorned lovers seeking revenge. This was when the society was becoming excited by a high-profile case of paedophilia and some of the most horrible prescriptions were being proposed to ‘correct’ the problem. It occurred to me that the society was not in the mood for rational reasoning on this matter. Not that Jamaica was reacting differently from any other society. While the public screamings were taking place, I was reminded of the McMartin preschool case in the US….“

“I would never attempt to minimise the issue of violence against women and children. There is, however, an abundance of evidence that should encourage crusaders to temper their emotions with a little logic before picking up the sword….”

– From “Sex-abuse crusaders, temper your emotions” by Glenn Tucker in The Gleaner, Jamaica, West Indies (March 27)