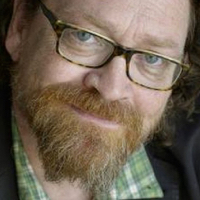 “There is this idea that people of the 1980s were just not very bright or really superstitious or something like that. Back then, the people who questioned it were treated with suspicion. People would say, ‘Of course this is happening, what’s wrong with you?’ And it’s not like this is an anomaly in American history. In the ’50s, Commies were crawling out of the basement. This stuff goes back to Salem witch trials…

“The ritual abuse thing also became part of psychological culture. This idea that children don’t lie about these things became really entrenched for a while….

“It was a way to talk about actual abuse, I think. At the time, the idea that childhood abuse was mostly perpetrated by family members was too outrageous, too awful. People would rather believe that it was evil, Satan-worshipping strangers.”

– Dan Chaon, author of “Ill Will,” quoted by Joe Gross in the Austin American-Statesman

Early on, Chaon’s interest in writing a novel centered on “satanic ritual abuse” was piqued by the West Memphis Three.