Child-witnesses, now in their 30s, reject call to speak up 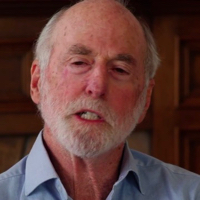 For those seeking to understand the Little Rascals Day Care case one particularly intriguing question remains: How do the former child-witnesses, now well into their 30s, look back at their central role?

Do they believe today that their testimony was accurate? Or have they come to realize that those bizarre sexual accusations – as well as the accounts of sharks, spaceships and burning babies – were products of sheer fantasy? And that they had been relentlessly manipulated by the prosecution’s therapists?

Last month I sent letters to the Little Rascals witnesses in hopes that they would be ready to talk about their experiences. Here’s what I said:

“I apologize if this letter is unwelcome. For the past eight years I have been researching the Little Rascals Day Care case. I’m writing you because as a child you were a witness for the prosecution in Bob Kelly’s trial in 1991-92. The court records include a passage describing your testimony.

“I blog at littlerascalsdaycarecase.org, and I have worked with Duke Law School to build an archive on the case. My aim is to persuade the State of North Carolina to issue the Edenton Seven a statement of innocence similar to the one given the defendants in the Duke lacrosse case.

“I don’t know how you look back at your involvement in the case, and you are certainly under no obligation to tell me. But if you might be willing to share your recollections – however they might agree or conflict with your testimony – please contact me….”

In the decades since the “satanic ritual abuse” day care prosecutions few child-witnesses have chosen to step forward. One who did so – anonymously – looked back with sadness at the McMartin case: “It is my belief, after years of treatment centers and therapy, that nothing physical happened to me…. Mentally, well, that’s a different story. How about paying attention to the kids that were scarred from this therapy? Do you think that just because there was most likely no physical abuse that we didn’t still suffer?”

After receiving no responses to my letter, I asked Lee Coleman what he would advise those still-silent Little Rascals child-witnesses. Dr. Coleman, a Berkeley, Calif., psychiatrist, has testified in some 800 child sex-abuse cases, of which perhaps 100 involved day-care or preschool allegations. In this YouTube presentation he analyzes the McMartin Preschool case.

He replied to my request with this open letter (condensed) to the Little Rascals child-witnesses:

First, it is now recognized by all parties – prosecutors, judges, defense attorneys, academic students of memory and suggestibility in young children being interviewed for possible sexual abuse – that the methods used in Little Rascals had serious potential to influence memory, often creating a mental picture that to the child is indistinguishable from an actual memory of actual events.

This brings us to the very heart of my message to you, as you seriously consider whether justice may be served by your coming forth with what you remember of how you were interviewed and who you spoke to prior to the trial. Remember, it is not your memories of what did or didn’t happen at the school that is important, but your memories of how you were interviewed, and of who you spoke with during the time before the trial. This is the crucial time, and these are the crucial events, that any fair decision about the meaning of what you said during the trial can be best judged.

What I cannot stress enough is that if you testified to things that were not true, that was through no fault of yours, because such false testimony would be the fault of poor and suggestive interview methods, therefore neither lies, nor any indication of your sincerity as a child. If a child says things that he or she believes are true, because interview methods cause the child to accept ideas coming from interviewers rather than the child’s actual memory, then the fault lies with the interviewers and not the child.

To blame the child for misdeeds of poorly trained interviewers is, in my opinion, a kind of child abuse. I have testified about these issues hundreds of times, and most recently spoken about these issues as part of my continuing effort to bring understanding to our nation’s system of bringing justice to the area of sexual abuse of children. Such abuse, when it happens, calls for punishment of perpetrators and support of victims. When unprofessional conduct by prosecutors and their assistants causes children to be victims of suggestions that create false memories, this also calls for a better response from our society.

I thank you for taking the time to reconsider that time in your life and reconsider whether you might bring the best resolution to the efforts of Mr. Powell and others seeking justice in the Little Rascals Day Care case.