‘Where is psychotherapists’ mea culpa?’ 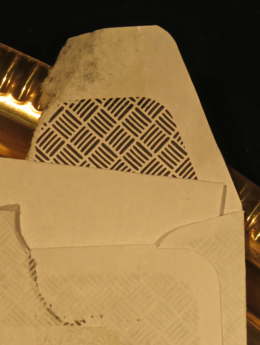 A sampling of responses to the recent reporting and comments of Richard Noll and Allen Frances about psychiatry’s costly failure to reject the cult of “satanic ritual abuse”:

“Kudos to Dr. Frances….  Fortunately, repressed memory therapy is much rarer nowadays (though I still hear of new cases, to my amazement and chagrin), but where are the psychotherapists saying ‘mea culpa’? I know of precisely two therapists who have had the ethics and courage to go public and apologize for their misguided belief in repressed memories and the harm they did to their clients.

“The bad interviewing technique and rush to judgment that caused the day care sex abuse hysteria has simply morphed into individual cases of false allegations, often related to divorce/custody battles or teenagers seeking revenge, and other reasons. Whenever anyone is accused of sexual abuse, they are assumed guilty until proven innocent. See www.ncrj.org for examples.

“I am also very glad that Dr. Frances has called attention to the outrageous case of Junior Chandler. I hope pressure mounts to secure his release, finally.”

“Thanks for sending (Dr. Frances’s post).  Really good for my grad class with clinical students.“

“I’m glad Dr. Frances is speaking out – he has credentials that can’t be easily dismissed…

“How do we push for the total exoneration of those so needlessly prosecuted? I would join in that venture.”

“How unfortunate that journal editors refuse to get their hands dirty, even though their journals are already saddled with something dirty in their pasts.”

“It is hard to stir up interest in moral panics that have faded from view. Only a small number of individuals continue to take note. While most incarcerated individuals have some champions and have escaped continued imprisonment, there are always tragic cases of individuals who essentially become nonpersons.

“The good news is that the moral entrepreneurs are on the run at this point, but there are still some out there and the potential for trouble remains.”

“Is there any hope of starting a online petition to urge (Attorney General Roy) Cooper to do the right thing?

“Of course, now that he is running for governor he probably doesn’t want the Tea Party to say that he is a pedophile-lover.”

“If only Cooper could see doing the right thing as an asset to his gubernatorial campaign….”